Firefox is Dying - Chrome taking over 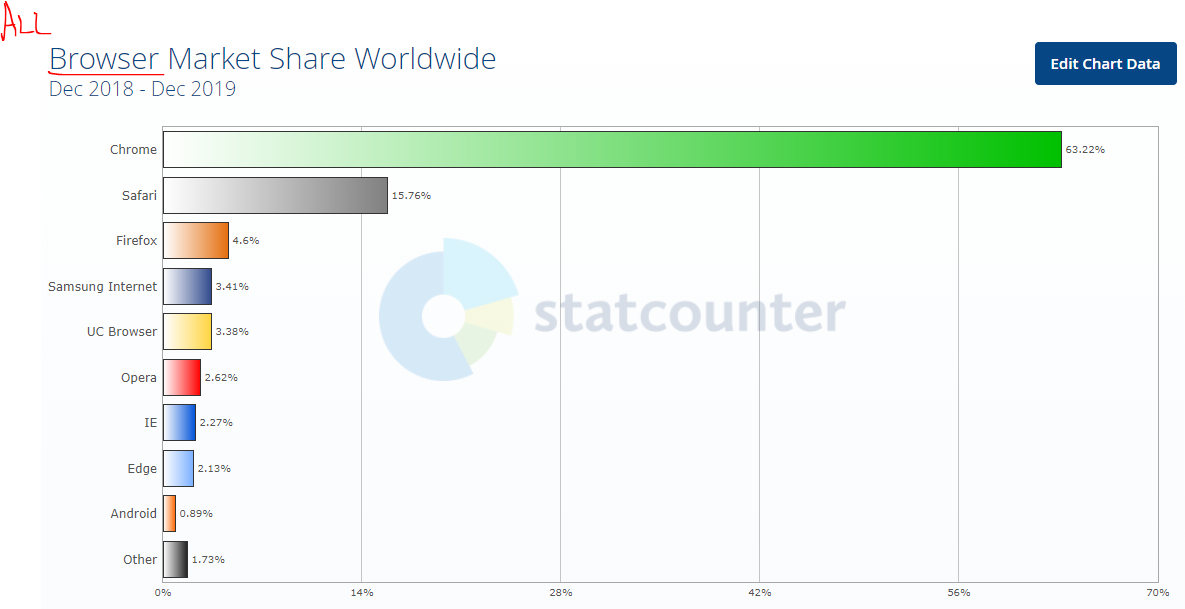 Recently a customer was asking about some erratic behavior on their website - but the bug only appeared in Firefox and Microsoft Edge browsers. When they scrolled down - everything would disappear below the header navigation. This only happened on sub pages - as the home page was coded slightly differently. This wasn't happening in Chrome.

I knew right away that we probably had a problem with our JavaScript library for the effect we were using for the header to shrink after scroll.

But it got me thinking - how much longer does Firefox have?

We use to use Firefox 100%. It was the first browser to come out with dev tools and as a community I felt we changed the market. Internet Explorer versions from 5 on were just a dying breed. Chrome was out there but had not garnered all the market share yet. Folks were using Google to search - but would use Firefox for the most part. The two main browsers were Firefox and Internet explorer - but we all knew Mozilla would win because IE had been too proud too long to abide by html doc standards and we were sick of writing hacks.

As such - I realized that the community can really have power to influence browser change. I would tell my own customers they should use Firefox because I didn't want to deal with IE.

I pulled the recent stats at statcounter and realized something else - Safari is maintaining a strong share in mobile. This was not always the case. Has iOS made it more difficult to use other browsers and enhanced the interface for Safari? Interesting note whatever the answer is.

Take a look at the latest for the mobile market and desktop below. 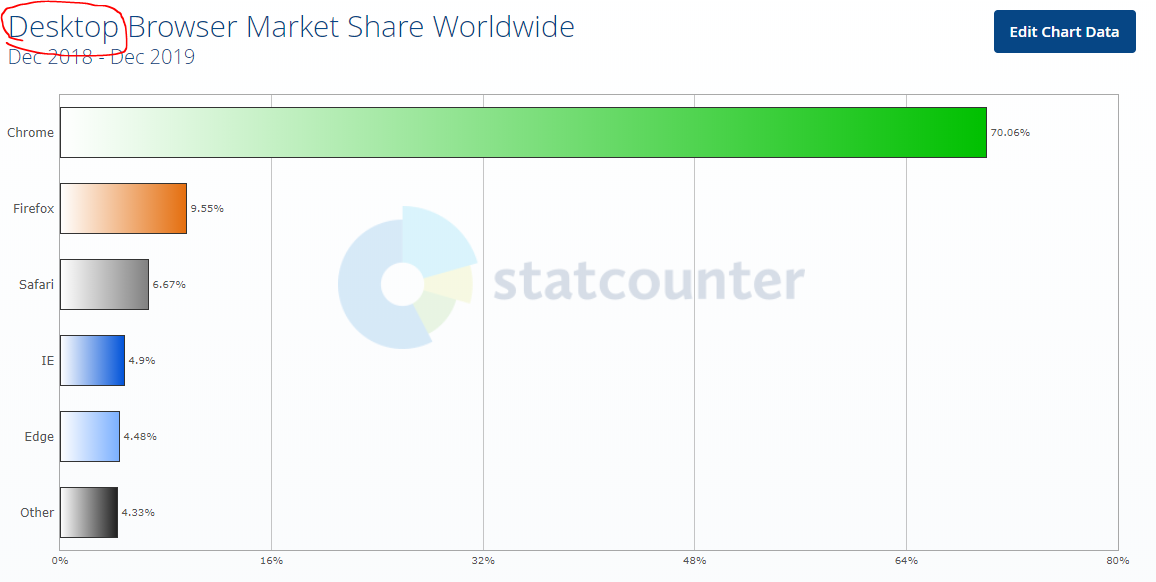